R & D Tax Relief claims are on the rise! Are you missing out?

Could Research & Development Tax Relief help you boost your cashflow?

R & D Tax Relief claims are on the rise! Are you missing out?

What is Research and Development (R & D) Tax Relief, and how does it work?

The scheme allows for businesses that qualify to claim R&D Tax Relief. It is a form of tax relief introduced by the government in 2000-01 and exists to alleviate the financial pressure of R&D to business and encourage innovation.

If you are liable for corporation tax, then you could be eligible for a R&D Tax Relief claim.

Could Research and Development Tax Credits help your business achieve its goals?

In 2015-16, the overall number of Research and Development (R&D) Tax Relief claims increased by 19% from the previous year. The number of small & medium-sized enterprises’ (SME) claims increased by a staggering 22% to nearly 22,000 and between them they have claimed nearly £1.3 billion in tax relief, that’s an average claim size of nearly £60,000 cash back into the business. Large company claims have also seen a 5% increase in claims.

There are a number of reasons for the increase, the most prominent being the removal of a requirement for a minimum R&D expenditure of £10,000 in 2012. This has allowed for more companies to be eligible to claim R&D Tax Relief. This paired with increases in the enhanced expenditure rate and the SME payable tax credit rate between 2012 and 2016, have made the scheme more accessible.

The rise of specialist companies like Cooden Tax Consulting have also had a significant impact in the take up of R&D Tax Credits by companies performing scientific or technological research and development. We have helped companies like yours to claim over £4.5 million since we started in September 2013.

The industries that have proven to have the highest volume of claims are the Manufacturing, Scientific and Technical, Information and communication, and Professional sectors. The aforementioned sections made up 75% of the total amount claimed in 2015-16, that’s £2.175bn worth of claims.

Read more about us. 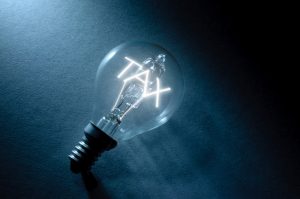 To find out if you could be eligible for a R&D Tax Relief claim, contact Cooden Tax Consulting on 01424 225345 today. Don’t let your competitors get a head start!